After much anticipation the new Westfield is finally open in Newmarket, on the site of the iconic Two Double Seven including the part we have been hanging out for - The rooftop dining area.

You can still find the mall at number 277 on Broadway and getting a carpark was easy, even on a Friday afternoon. A quick download of the Westfield+ App allows you to get 2 hours free and no tickets to lose or pay stations to deal with.

The mall was bustling with shoppers, even though there are still empty shops and pop up stores but we weren’t there to shop and headed straight up the escalators. We passed through the food court, which featured some refreshing upmarket eateries, and out onto the roof.

Auckland had turned on the weather, the sun was out and there were plenty of spots to enjoy it. Lush gardens, colourful artworks, a playground and plenty of seating to unwind after battling through the shops. The bars and restaurants are classy yet casual including White+ Wong’s, Bodrum Kitchen, The Bavarian and loads more. Since you can’t go wrong with a Gua Bao and given we had just done their uniforms we grabbed a table at White + Wong’s then enjoy a cocktail at Sardine Bar… they also happen to have the penthouse position and the best view of the rooftop scene. 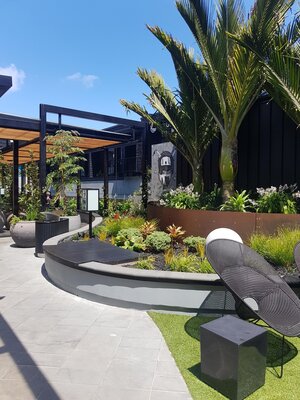 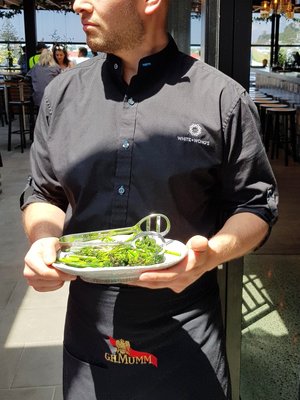